The algorithm is implemented based on [4]. The algorithm follows the general outline of a genetic algorithm with a modified mating and survival selection. In NSGA-II, first, individuals are selected frontwise. By doing so, there will be the situation where a front needs to be split because not all individuals are allowed to survive. In this splitting front, solutions are selected based on crowding distance.

Furthermore, to increase some selection pressure, NSGA-II uses a binary tournament mating selection. Each individual is first compared by rank and then crowding distance. There is also a variant in the original C code where instead of using the rank, the domination criterium between two solutions is used. 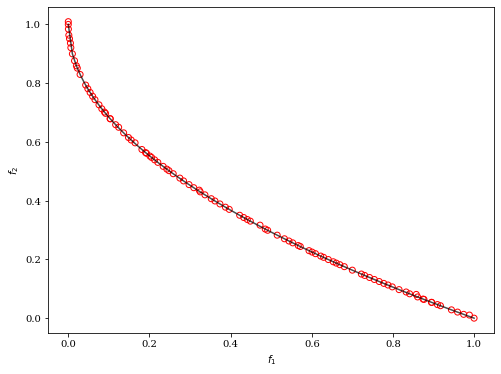 Moreover, we can customize NSGA-II to solve a problem with binary decision variables, for example, ZDT5. 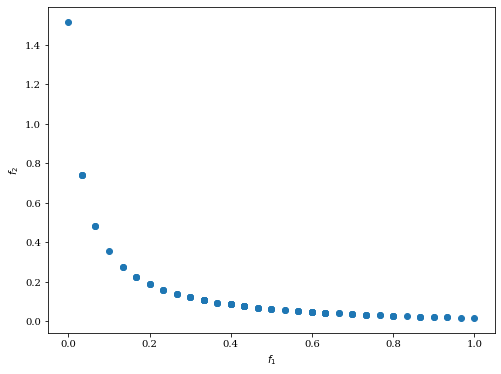 The population sized used by the algorithm.