The algorithm is implemented in base of [5] [6]. Implementation details of this algorithm can be found in [7]. NSGA-III is based on Reference Directions which need to be provided when the algorithm is initialized.

The survival, first, the non-dominated sorting is done as in NSGA-II.

Second, from the splitting front, some solutions need to be selected. NSGA-III fills up the underrepresented reference direction first. If the reference direction does not have any solution assigned, then the solution with the smallest perpendicular distance in the normalized objective space is surviving. In case a second solution for this reference line is added, it is assigned randomly.

Thus, when this algorithm converges, each reference line seeks to find a good representative non-dominated solution. 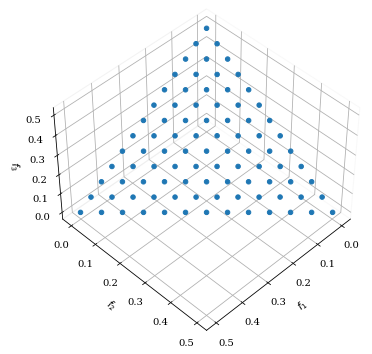 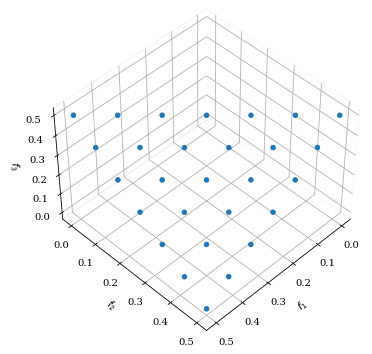 The reference direction that should be used during the optimization. Each row represents a reference line and each column a variable.

By default the population size is set to None which means that it will be equal to the number of reference line. However, if desired this can be overwritten by providing a positive number.